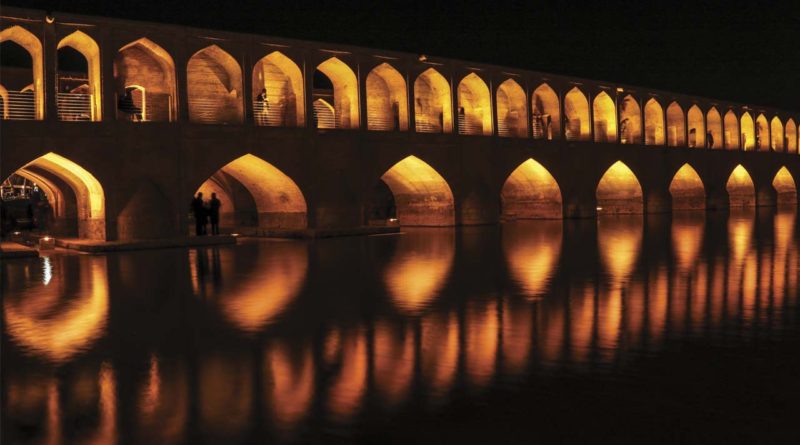 Iran is nothing if not ambitious. The nation’s 2025 Tourism Vision Plan aims to increase its share of annual international visitors to 20 million by the middle of the next decade. The latest figure, for the 12 months ending March 2018, stood at 5.1 million. There is, therefore, some way to go.

Recent times have been tough for this richly rewarding but frequently misunderstood country. It has suffered its worst drought in half a century, and its appeal has been further affected by the uneasy relationship between the domestic government and the Trump administration. But with a trove of awe-inspiring cultural attractions – and a population that truly understands the meaning of hospitality – it’s a destination that deserves to be taken on its merits.

This year saw Unesco add a site in Iran onto the World Heritage List. The Sassanid Archaeological Landscape of Fars Region showcases the fortified architecture of an empire that ruled between the 3rd and 7th centuries. It increases the number of Unesco World Heritage listings in the country to 23.

The World Economic Forum’s Travel & Tourism Competitiveness Report 2017 ranked Iran in first place worldwide in terms of its price competitiveness. So not only does the country have the potential to offer an extraordinary travel experience, it also offers value for money.

There are very few big-brand hotels in Iran – the Ibis and Novotel properties at Tehran Airport are currently the only major international chain presence – but the country has some notable accommodation options. CNN Travel last year described the Abbasi Hotel in Isfahan as “the Middle East’s most beautiful hotel”, while global operators such as Cox & Kings make use of properties including Tehran’s Espinas Persian Gulf Hotel. In Mashhad, meanwhile, the Imam Reza Rayhaan is a five-star Rotana property scheduled to open in 2019.

Since 2014, the international high-end rail operator Golden Eagle Luxury Trains – best known for its Trans-Siberian services – has incorporated Iran into  its roster. It currently has three Iran  tours on offer, including the 14-day Heart of Persia, which begins and ends in Tehran, taking in the country’s key cultural sites.

It’s easy for travellers to be put off by some of the consular advice, but it’s worth pointing out that visitors to the country usually report extremely positive experiences. This is partly due to the warm welcome generally extended by locals, and partly due to the range of activities on offer. Cyrus Sahra and Pasargad Tours are among those who offer the likes of skiing, desert camping, trekking, birdwatching and stargazing.

Iran is well known for its adherence to Islam – so much so that female visitors are required to wear headscarves and loose-fitting clothing. Around 90% of the country’s population are Shia Muslims, and a substantial proportion of its international visitors are Shia pilgrims from neighbouring countries. The cities of Qom and Mashhad both have hugely important Shia sites.

Iran Air recommenced flights to Azerbaijan in January, while local carrier Kish Airlines resumed flights to Muscat in February. The website Iran Tourism News, meanwhile, has reported that flights between Turkey and Iran are to increase from 70 to 100 weekly. On  a less positive note, British Airways,  KLM and Air France cease flights to Tehran this month [September] – all have cited commercial reasons. Air Asia halted its Kuala Lumpur-Tehran service  in April, blaming the USA’s re-imposition of sanctions on Iran.