Unique to Varzaneh, are the local women’s costumes. They wear completely white chadors, while women in the rest of Iran, mostly wear black chadors.

Many local people speak an ancient Pahlavi Sasani dialect, a quite similar dialect to that spoken by the Zoroastrians in Yazd today. According to some of the linguists, the word Varzaneh has a connection to the verb Varzidan, which means farming in old Persian. The atmosphere is basically a typical desert village of Iran.

One of the most important tourist attractions of Varzaneh is a 1000- year castle, which is the second Iranian brick structure.

From other attractions Varzaneh, the Black Mountain, which was formerly a firefighter, and the Gavkhuni swamp, located 25 km from the city. 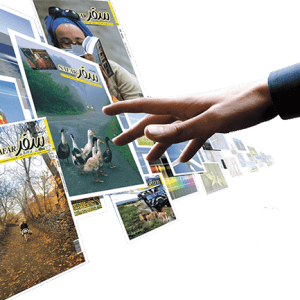 Each year, the number of Iranian travellers who plan to explore the world is increasing. The interest of the young generation of Iranians as well as family travellers have grown significantly over a decade.

SAFAR (TOUR & TRAVEL MONTHLY), as a leading travel luxurious media publication has a vital role in the Iran`s flourishing travel market which has always been a reference point for decision makers.

The most reputable domestic and foreign tour operators, as well as hotels and resorts, will find the right opportunities for the development of the market for sales in this publication.

SAFAR Magazine also has an ongoing presence in the most prominent international tourism events with its English- quarterly journal of ‘exlpore Iran’ and serves as a platform for informing the various stakeholders in the tourism industry.

SAFAR is entirely independent. Our professional editorial board provides reports and analysis on travel business in Iran as well as covering world travel market events.