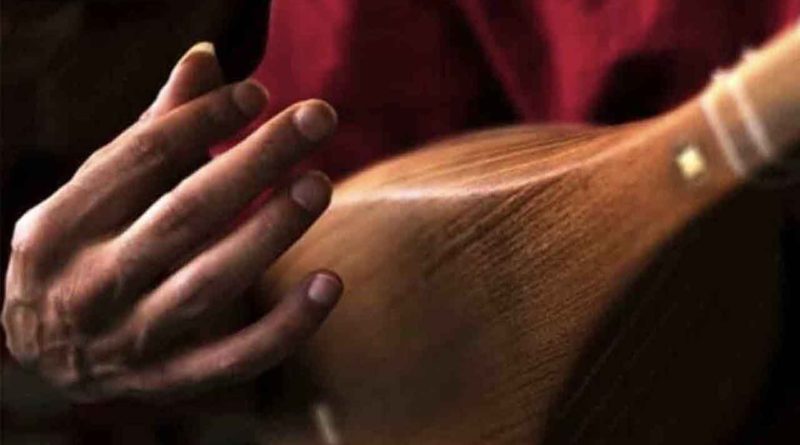 UNESCO established its Lists of Intangible Cultural Heritage to ensure better protection of important intangible cultural heritages worldwide and the awareness of their significance.

An intangible cultural heritage (ICH) is a practice, representation, expression, knowledge, or skill considered by UNESCO to be part of a place’s cultural heritage; it comprises “nonphysical intellectual property, such as folklore, customs, beliefs, traditions, knowledge, and language” in contrast to tangible heritage (i.e., “physical objects and artefacts belonging to a culture”).

In recent years a considerable nonphysical intellectual property of the Islamic Republic of Iran have been  Lists of Intangible Cultural Heritage.

What you are reading is a review of the features of this work, which is posted on the UNESCO list.

The dossier of crafting and playing the Iranian traditional musical instrument Dotar (meaning “two strings’ in Persian) has been submitted for inclusion in UNESCO’s List of Intangible Cultural Heritage.

“Local to several Iranian provinces, such as Mazandaran, Golestan, North Khorasan, South Khorasan and Khorasan Razavi provinces, dotar will be the first folk musical instrument with such a wide popularity to get international status,” said Farhad Nazari, in charge of inscription of historical sites at Iran’s Cultural Heritage, Handicrafts and Tourism Organization.

The traditional skills of crafting and playing the Dotar are one of the most prominent social and cultural components of the folkloric music among the ethnic groups and communities of the DotÆr regions.

Bearers and practitioners are mostly farmers, including male crafters and players and female players.

The Dotar is a folkloric plucked musical instrument with a pear-shaped bow crafted with dried wood or mulberry tree, a neck made of apricot or walnut wood, and two strings. Some believe one string is male and functions as the accord, while the other is female, playing the main melody.

According to Iranica, encyclopedia Performers play the Dotar on important social and cultural occasions such as weddings, parties, celebrations and ritual ceremonies. In recent decades, it has also been played in local, regional, national and international festivals. While playing, the players recount epic, historical, lyric, moral and gnostic narrations that are central to their ethnic history, pride and identity. Traditional knowledge relating to crafting and playing the DotÆr is passed on informally through the master-student method, and the element is also present in local oral and written literature, which reflects the history and background of the bearers. The element fosters peaceful co-existence, mutual respect and understanding both among different communities and with neighbouring countries.